Moscow is home to over 23,000 residents and students. Moscow lies on the eastern edge of the Palouse region of north central Idaho. Moscow is home to the University of Idaho, a public land-grant research university. Moscow is also roughly 8 miles away from Washington State University, located in Pullman, Washington. The area boasts a highly skilled and educated work force, employed by Moscow’s many thriving businesses, as well as both universities. Two other large employers in the area are Gritman Medical Center and Schweitzer Engineering Laboratories.

Moscow School District serves over 2,400 students in four elementary schools, one junior high, one high school, an alternative school, and one charter school. Another school that is in Moscow is the Palouse Prairie Charter School, which is open to the public. Moscow also has a few different faith based schools, including Palouse Hills Christian School, Logos School, and St. Mary’s & St. Rose’s Catholic School.

Moscow has a wide range of retail and dining options, from department stores to local breweries, you will be able to find everything you need in Moscow. Moscow also has two movie theaters, an aquatic center, an indoor trampoline center, a mall, and so much more. On Saturdays in May through October, Moscow has The Farmers Market downtown, where tons of local farmers, artists, and craftspeople set up booths to sell their items.

In addition to Moscow’s fine business and educational reputation, the city’s arts community has gained national attention. The Lionel Hampton International Jazz Festival, Festival Dance, Moscow Renaissance Fair, Rendezvous in the Park, Artwalk and the Prichard Art Gallery are reasons why Moscow is known as the “Heart of the Arts.” Moscow has also been rated as one of the “Best 100 Small Art Towns in America.”

Just over 8 miles north of Moscow, Viola is an unincorporated town in Latah County. In 2014, the population of Viola was 578. Viola is a small, tight-knit community. Viola has a community center and post office. Viola is the perfect place for someone who wants to live away from all the hustle and bustle, yet still close enough to town to enjoy the conveniences. 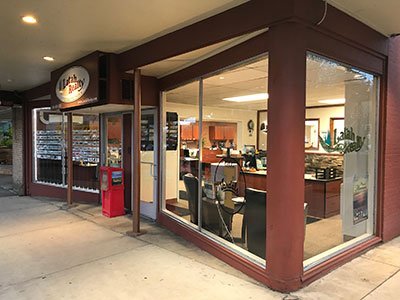